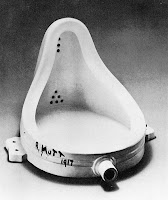 Steal this book! by Abbie Hoffman—I don’t know if you remember this tome about among other things liberating oneself from “corporate feudalism” but it was prescient of today. The imagined corporate feudalism has today become “branding”, and the protectiveness of those brands for profit is impacting our ability to have free speech. You cannot speak about society today or perhaps even express it fully in artwork without suggesting the major impact of brands on culture. Your lawsuit probability may be about 50%.

As I understand it, copyright was made to give creators some benefit from their works during their lifetime and also to promote the sharing of ideas so that science, and in our case art, can move forward and build upon others discoveries. The sticky part comes when it becomes about money and the potential for money made from “derivative works.” The argument becomes then about the art itself and whether it is derivative or “fair use.” And you know what? The decision will be made by someone not currently involved in the art world, someone who may never have had time or inclination to take an art course or even to look at art, that’s right, a judge or jury.

As a former software developer and current artist, I absolutely believe in intellectual property laws but I also don’t believe they have to be used like a cudgel. I don’t think we should be self-censored so we won’t get sued. I don’t think that we should allow our government to trademark common speech like “You’re fired,”

I’m sure you are sick to death about the Shepard Fairey lawsuit but it seems important enough to keep the dialog open. It’s going to run over the next couple of posts, so here’s an art scorecard to start the ball rolling:

Duchamp is not sued by Leonardo DaVinci or by the maker of fine sanitary porcelain. 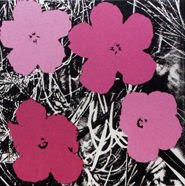 Warhol is sued by a photographer Patricia Caulfield. Andy Warhol's Flowers were based on a color photograph of blossoms taken by Caulfield which appeared in the June 1964 issue of Modern Photography magazine. When Caulfield saw Warhol's Flowers, she brought a lawsuit against the artist and was offered two sets of Flowers portfolios as payment for use of her work, but she declined the offer and a cash settlement was arranged.

Warhol is sued by a photographer Charles Moore for a photograph of men attacked by police dogs (photo previously published in Life magazine0 which he used in “Red Riot.”

Warhol is not sued by Campbell’s Soup.

Rauschenberg was sued by including a photograph by Morton Beebe in “Pull” one of his important works. 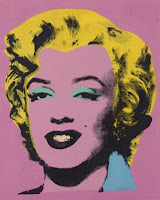 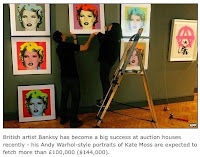 Shepard Fairey is sued by AP and sues also in a pre-emptive strike regarding the photograph referenced by artist for his Obama HOPE poster. The original photographer is undecided. Fairey’s attorneys filed for a declaratory judgment on the matter, seeking to vindicate the artist’s rights in regard to the works he created to support the candidacy of President Obama by arguing that it is protected under copyright law’s doctrine of fair use. The argument is further inflamed by the usual showing of only a heavily cropped version of the original photograph.

In a Huffington Post blog entry, attorney Jonathan Melber describes the four factors used to determine fair use as, “what, exactly, the original work is, how much of it you're using, how you transform it, and whether your new work hurts the commercial market for the original.” Furthermore, he notes, “…the transformation that really matters is the conceptual one, not the physical one.” Indeed, the complaint filed by Fairey’s attorneys contends that Fairey used the photo "as a visual reference," which he "altered...with new meaning, new expression, and new messages."

Check out the US gov's post on copyright and fair use. See what you think... 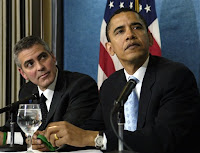 Posted by Susan Shaw Painter and photographer out on the town. at 10:50 AM